Anisa Mehdi is an Emmy Award-winning journalist specializing in religion, and the arts. She is Artistic Director of Documentary Voices: Pulling Focus Dubai 2008, and media consultant to the Abraham Path Initiative, as well as the founder and president of Whetstone Productions, a New Jersey-based production and consulting company. Mehdi is also adjunct Professor of Communications at Seton Hall University.

For over 20 years she has reported, written, directed and produced television news and documentary programs for major American media outlets, including National Geographic, PBS, ABC News, and CBS. Her commentaries have been heard on NPR’s All Things Considered. She has written perspective pieces for newspapers, magazines and Internet sites. 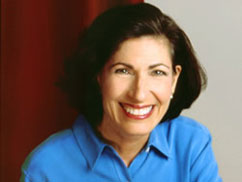