Bridging the Divide Between the United States and the Muslim World through Arts and Ideas: Possibilities and Limitations

New York University’s Center for Dialogues report on the Conference

Watch exclusive footage of the conference and check back regularly for further updates.

NYU Center for Dialogues on June 6 and 7, 2009 hosted Bridging the Divide between the United States and the Muslim World through Arts and Ideas: Possibilities and Limitations, an academic, cultural, and policy conference convened as part of “Muslim Voices: Arts & Ideas” that brought together approximately 50 artists, producers, religious and community leaders, scholars, and policy makers 09 from the Muslim world, the United States and Europe.

Participants discussed three broad themes: “The World of the Artist,” which examined artist’s place in the Muslim world and their access to audiences and venues; “Art and Social Commentary,” which considered art’s power to transform as well as to critique; and “Cultural Exchange,” which investigated how to harness cultural capital through cultural exchanges and suggested new arenas for cultural diplomacy.

The conference blended performance, panelist presentations, and group discussions to spark conversation about how the rich expressive arts of Muslim cultures might re-invigorate U.S. relations with the Muslim world.

For an overview of the goals of the festival, the conference and the broader context in which this project has been conceived, please see the conference’s introductory essay, “Cultural Awareness in a Time of Crisis”, with introduction by Professor Mustapha Tlili, Founder and Director of the NYU Center for Dialogues, and content by Richard Bulliet, Professor of History, Columbia University.

For a brief but substantive outline of conference themes, please see the note on the conference. The complete conference agenda can be viewed here.

Please check back regularly as we continue to present more footage from this innovative exchange.

Please also note that the final conference report will be available online July 31. 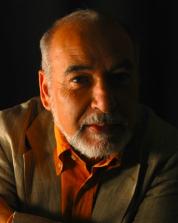 Tahar ben Jelloun, Moroccan writer, winner of the Prix Goncourt and other awards. His novels, which include Children of Sand and This Blinding Absence of Light, deal with post-colonial unease, racism, and other social issues. In 2008, he was named Officer of France’s Légion d’Honneur. 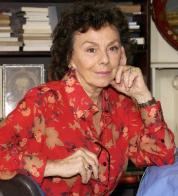 Kenzié Mourad, French writer and great grand-daughter of an Ottoman sultan, whose most well-known novel, Regards from the Dead Princess, traced her mother's life as an exile in Beirut and an Indian rajah's wife. The novel has been translated into 23 languages and has sold millions of copies. 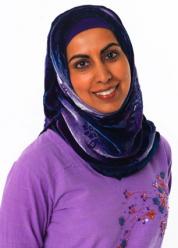 Zarqa Nawaz, Canadian filmmaker and creator of the hit sitcom Little Mosque on the Prairie, which follows the adventures of a Muslim congregation living in rural Canada. Nawaz is CEO of FUNdamentalist Films and producer of the 2005 documentary Me and the Mosque. 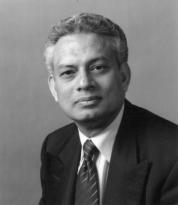 Farhan Nizami, founding director of Oxford University’s Center for Islamic Studies and Prince of Wales Fellow in the Study of the Islamic World. Dr. Nizami is founder and editor of the Journal of Islamic Studies and a Commander of the British Empire.

A complete list of participants can be viewed here.