Born in Dakar, Senegal in October 1959, Youssou N’Dour is acknowledged as one of Africa’s most important musicians. Together with his band the Super Étoile, N’Dour offers Senegalese roots music with what the Los Angeles Times has called “a joyous precision”. N’Dour has recorded and toured for more than twenty years, bringing world renown to a style of music known as mbalax, a fusion of popular Western music and dance––such as jazz, soul, Latin, and rock––blended with sabar, the traditional drumming and dance music of Senegal.

As early as age twelve, N’Dour was performing at neighborhood religious ceremonies and community gatherings in Dakar where he received the attention that later landed him on national Senegalese radio, launching his career.

Following the release of N’Dour’s 1990 album SET (Virgin), Rolling Stone described N’Dour as “a singer with a voice so extraordinary that the history of Africa seems locked inside it.” A prolific singer, songwriter, composer and sometimes actor, N’Dour’s music is noted for featuring Senegalese dance rhythms, melodic guitar and saxophone solos, challenging drum soliloquies and, on occasion, Sufi-inspired Muslim religious chanting. His most recent album, Rokku Mi Rokka (2007) ranked number 30 on Rolling Stone's list of the “Top 50 Albums of 2007”.

N’Dour has linked his creative expression with social and political causes. In 1985, he organized a concert for the release of Nelson Mandela. He has worked closely with Amnesty International, the “Live 8” concert series to end global poverty and Intrahealth International to improve public health in developing countries.

Listen in on a sample of the track Shukran Bamba from Youssou N'Dour's 2004 album, Egypt:

Sorry, flash is not available.

And read on to learn more about the mbalax musical tradition 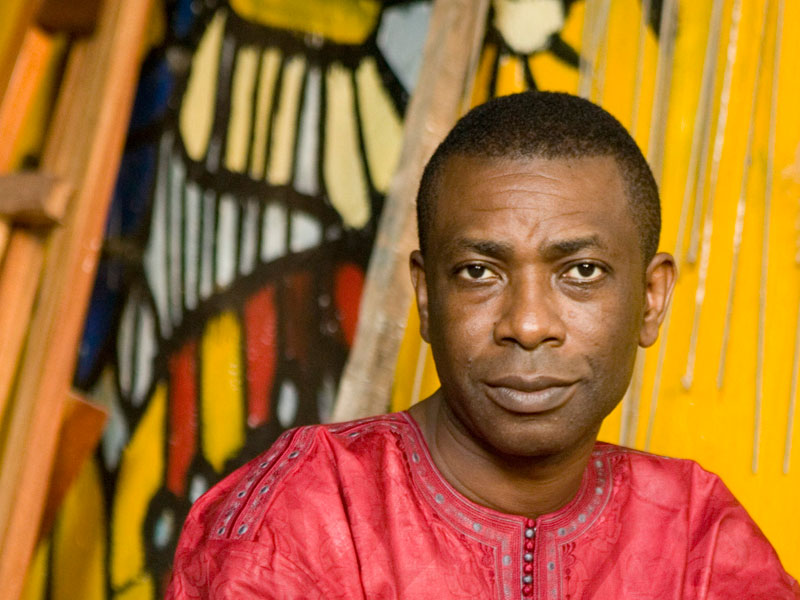 In this exclusive interview, Youssou N'Dour speaks to the broader importance of Muslim Voices: Arts & Ideas and the role of the arts in deepening tolerance and understanding.

view
Youssour N'Dour - I Bring What I Love